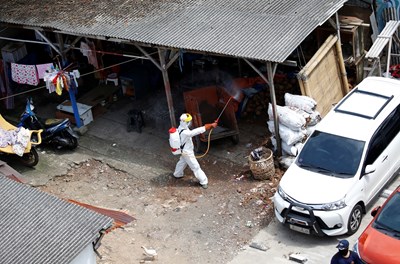 Nearly 1,900 people died in New York alone from the new coronavirus, TASS reported, citing the mayoralty of the most populous city in the United States.

Next week will be the worst in town since the epidemic began, Mayor Bill de Blasio predicted yesterday. He warned of a looming shortage of specialists and breathing apparatus for seriously ill patients, BTA reports.

Arriving in Manhattan on Monday, the US Navy Comfort Fleet, which is a floating hospital, began receiving its first patients yesterday, France reported.

It has the capacity to treat up to 1000 people. The floating hospital will not accept people infected with the coronavirus but other patients to ease New York’s congested health system.

The city’s luxury restaurant, meanwhile, has become a kitchen for people in need because of the crisis, according to its owner, Daniel Hum, quoted by the DPA.

The famous Swiss chef said that with the help of the charity “Ratink” he plans to prepare up to 3000 servings a day at his “Ileven Madison Park”.

“This is one of the moments in my career that I’m most proud of. This city has given me everything, so I really wanted to think of what I could do in return,” Hume said.

The restaurant closed on March 17 in accordance with measures taken by New York authorities to curb the spread of the coronavirus.

Description of Ilısu Dam from Erdoğan: This giant work is one of the most important elements of our GAP project.

Shuigu: The construction of 16 military hospitals is a national mission and will be carried out according to schedule

In the Prime Minister's ICU, the front page of the British press says:

Letter from Iranian journalists to the Security Council on sanctions

How to make a face mask at home; KK Shailaja teacher sharing video of Indrans

Dulquer captured the camera for Mammootty's performance in the short film

Asia and the Pacific must be wary of the virus –...

The likelihood of consensus among participants in the "OPEC +" meeting...

New 37 cases of coronavirus in our day (SUMMARY) – Worldwide...

Nurse's Story: "Let's go to war with a slingshot"